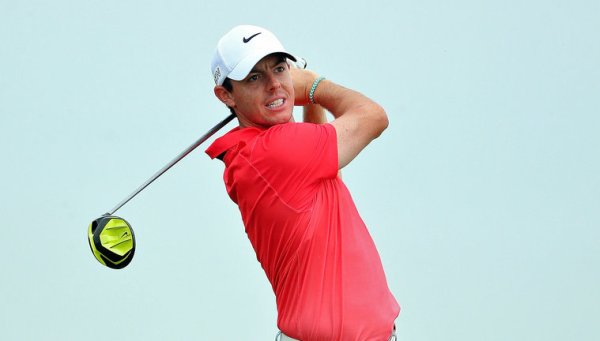 Rory McIlroy is back in the field for this week’s PGA Championship and his return has ramped up the excitement heading into the season’s final major.

Leading in to the week, there was plenty of doubt and speculation as to whether the Northern Irishman would be physically able to play. However, after a practice round at Whistling Straits on Saturday, it has been confirmed that McIlroy will indeed be seeking his third PGA Championship.

The World No. 1 ruptured a ligament in his ankle in July while playing soccer with friends and was forced to miss the Open Championship at St. Andrews. Although he hasn’t played a competitive round since the US Open in mid-June, McIlroy told the media that he feels “good” and that he is “100% ready to go” for the year’s final major.

There has definitely been some memorable golf played this year, but let’s not kid ourselves. With Tiger’s inconsistent play this season — ignoring his recent T18 —McIlroy’s presence has been sorely missed on the pro circuit. It should come as no surprise that the PGA of America is doubling down with its feature group for the weekend, looking to attract massive television ratings.

McIlroy will join Jordan Spieth and Zach Johnson on Thursday in a superstar trio that has collectively won all three major victories this season as well as five of the last seven titles over the last two years.

Spieth is the outright favourite again heading into this week’s action, despite never having made a cut at the PGA Championship in his career. The 22-year-old won the year’s first two major titles and narrowly missed capturing the third leg of his season Grand Slam at the Open, finishing in a tie for 4th place.

Johnson, who ended up hoisting the Claret Jug after a playoff victory over Louis Oosthuizen and Marc Leishman, has had a tremendous season with nine Top 10 finishes so far, including four in his last six events.

At 7790 yards, however, Whistling Straits will not be an ideal setting for the short-hitting Iowa native to capture his second consecutive major.

If you don’t remember the venue when it hosted the PGA Championship in 2010 (or in 2004), the Pete Dye design is as intimidating off the tee as it is breathtaking. Formerly a US Army anti-aircraft training facility, the coastal land was converted nearly 20 years ago from flat terrain to the undulating links-style masterpiece that it is today.

The course has many defining characteristics. For starters, Lake Michigan is visible from every hole. Additionally, flocks of sheep, purchased by the club when it first opened to lend the property an authentic Old Course feel, can usually be seen in the background grazing the grounds.

However, Whistling Strait’s most unique trait is its estimated 1000 bunkers, all of which will be in play — even ones that are not raked or marked.

Dustin Johnson was not familiar with that ruling when he was leading the event on the 72nd hole in 2010. After hitting his tee shot nearly 70 yards right of the 18th fairway, his ball nuzzled into a small bunker that spectators had been standing in throughout the day. Believing the trap to be a waste bunker, Johnson grounded his club before hitting the ball out and making a bogey. The 31-year-old was then assessed a two-stroke penalty and finished the tournament in a tie for fifth place.

It was a tough pill to swallow for Johnson, who also fell apart on the final hole this past June, when he three-putted his way to a runner-up finish at the US Open. Johnson knows the rule this time around and is likely very motivated for a week of redemption.

Wayne Gretzky’s future son-in-law is a safe bet in Wisconsin this week. He had Top 10 finishes at each of this year’s first two majors and is at an advantage on such a long track with his type of gargantuan length.

However, big bombs tend to come hand in hand with big misses and at Whistling Strait, hitting the fairway is compulsory. On a course of this magnitude, a combination of distance and accuracy will almost certainly be the winning formula.

Had ball-striking-savant Graham DeLaet not injured himself at the RBC Canadian Open and withdrawn from this week’s field, I would have chosen him as a viable dark horse for the PGA Championship title. Fellow countryman, David Hearn, is also a tremendous ball striker and could also be a good under the radar pick. The Brampton native has been playing inspired golf since missing the cut at Chambers Bay. He has not played in an event since nearly winning the Canadian Open, but perhaps he is saving his best golf of the season, and first victory, for this year’s final major.

It is unlikely that Tiger Woods will earn his 15th career major victory this week. He struggled mightily at Chambers Bay, where he opened the week with an 80 and failed to make the cut. While the courses are obviously different, they are not all that dissimilar. Woods has hit fairways at a 55.16% clip and would have been ranked 181st in total driving accuracy if he had played enough rounds this season to qualify for the PGA’s statistical categories. However, if he does play well and ends up contending at the PGA Championship, consider it to be an unexpected bonus in addition to what already promises to be an incredible week of golf.

So there you have it. The field is set. Whistling Straits has been manicured to perfection and the players are excited. It’s time to get this party underway.