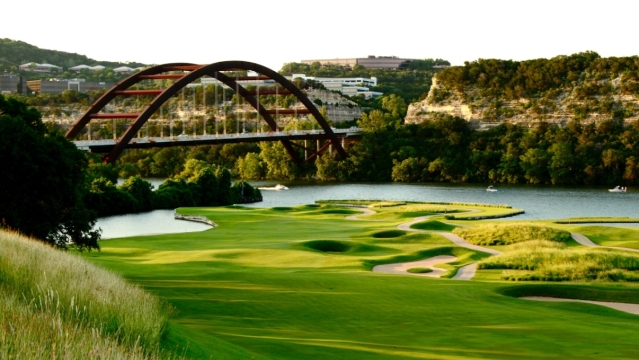 The WGC Dell Match Play Championship uses an unusual format to keep players around for a few days before real match play begins. Do you like the format or would you prefer the single knock-out approach?

Jim Deeks, Fairways Magazine (@jimdeeks): To be honest, it doesn’t really make any difference to me.  I won’t watch much until Saturday, and even then my interest will only be piqued if there are names like Spieth, Day, McIlroy, Fowler still active.  That’s not to say I don’t like the event… I do.  In fact, I’m one of those dinosaurs who’d love to see the PGA Championship turn back the clock by 59 years and revert to Match Play, too.

Hal Quinn, Freelance Writer, Vancouver: Love playing and watching match play events. The saving grace for this one is that there’s not much of a match play tradition in the States and so tweaking the format puts few noses out of joint. The Tour is all about TV ratings and big ‘checks’ from sponsors and they have driven this. For the poor saps who pay admission fees, the volunteers, and the couch potatoes, at least they get to see the stars play three rounds minimum, and that’s a good thing.

Frank Mastroianni, Freelance Writer: I’m quite a bit happier with the new format that I believe has been used for two years now. I think it better serves the purpose of determining who the better player is for the week. One bad day shouldn’t be so severely punished, especially when you have two guys in a match going out there firing 8 and 9 under respectively for 15 holes or some crazy scenario like that. But the format is nothing abnormal to the general sports fan with similarities to international football matches (or soccer as they call it in North America) and other international sporting competitions.

Jim Kenesky, Kenesky Murray Golf Services (@JimKeneskyGolf): When I was a junior golfer at Southbrook G&CC, I created a unique season long match play for us. There were 25 or so active and competitive juniors. We took the top 8 low handicaps and played 6 matches in a regular season over 6 weeks. The top 4 made the playoff bracket. It was a great format and I’m surprised more clubs and others don’t do unique match play formats more often. The WGC changes have been good and I hope it takes off in other grass roots golf.

Peter Mumford, Fairways Magazine (@FairwaysMag): I love the single knock-out! It makes every match exciting and more meaningful. It really gives a lower ranked player a chance to upset a favourite, as anything can happen in a single round. Playing multiple matches before a knock out is a sop to sponsors and fickle fans that are only attracted to marquee names.

Dave Kaplan, Freelance Writer (@davykap): I much prefer the old format and I still don’t really understand why they changed it.  Single-elimination matches are must see TV. Round robin stages are most certainly not. That is why the IIHF World U20 Championships are borderline unwatchable every year until the knock out stage begins.

Who would you like to see squaring off in the match play finals?

Quinn: For me, this season’s Majors are all about McIlroy and Day. So it would be a great tune-up to Augusta National if they play in the finale, with Spieth and Scott in the consolation match. Now there’s a Super Sunday, but of course it will have to be PVR’d because of the family Easter stuff. Oh well, it may make for some great solo late-night viewing after a day of ’spoiler alerts.’

Kaplan: I would like to see Bubba Watson and Dustin Johnson go at it for 18 holes. Those two are so long off the tee and so supremely talented that I think it would make for one hell of a match.

Mumford: Justin Rose and Phil Mickelson re-enacting their epic Ryder Cup battle would be pretty cool. Or Jason Day vs Rory McIlroy. Both have similar games and it would be fun to watch them try to out-drive one another.

Mastroianni: My ideal final would be Thorbjorn Olesen (64th seed) vs. Patton Kizzire (63rd seed); the two lowest seeds in the field. I haven’t looked at the brackets and it probably couldn’t ever work out, but I would love to see the two biggest underdogs wipe the field clean no matter how bad it would be for the ratings.

Deeks: I’m sure Tim Finchem and I agree that it’d be awesome to have Day and Spieth in the final… or at least one of these two against another single-digit seed.  But this event has a history of someone unexpected finishing first or second (e.g., Gary Woodland — who? — last year, Monsieur Dubuisson two years ago), and that too can be exciting if it’s not a walkover for the powerhouse.

Jason Day said he didn’t have his ‘A’ game on the final day of the Arnold Palmer Invitational but figured out how to get it done. He has a great game for Augusta National. Is Day now the favourite?

Deeks: In my view, “favourite” status doesn’t mean much at Augusta.  Day has certainly played well at Augusta in the past, but then, so has McIlroy, Fowler, Dustin Johnson, Zach Johnson, Bubba.  Justin Rose has had 3 top 10s, so I don’t count him out, either. And there’s this young kid Spieth who won it last year, and finished second the year before, in his only two attempts.  So is Day now the favourite?  He’d certainly be somewhere in the top 8.

Mumford: I’m with Deeks on this one. There isn’t a clear front-runner but you could make a case for as many as a dozen players including 2016 PGA Tour winners and past Masters champions. I still think McIlroy will be the guy sitting in the Butler Cabin with a new green jacket on Sunday April 10th.

Quinn: I think he’s been one of the favourites for the past few years. The way he played late last year (in the real part of the season) and the way he kept it together at Bay Hill makes him the favourite for this one. Day has the game for any course, but Augusta National really seems to suit his eye. He should have a couple of jackets before he’s finished, and next month’s a good time to start.

Kenesky: He’s a front runner indeed. Regardless, the Masters will be a great event to see play out. In the end, I think an existing Major champion (Spieth, Day, Zach Johnson) will win the Green Jacket.

Kaplan: That is a tough question. Based off of recent momentum, Day would likely be the logical choice. Yet, I would still put Spieth and Bubba as the overall favourites ahead of the Aussie.  Those two guys seem to have Augusta National figured out.

Mastroianni: Nope. Hideki Matsuyama. Said it last week and I’ll say it again. He’s winning The Masters this year. Don’t know why they even have to conduct the tournament.

One thought on “This Week in Golf: Do you like the WGC Dell Match Play format?”