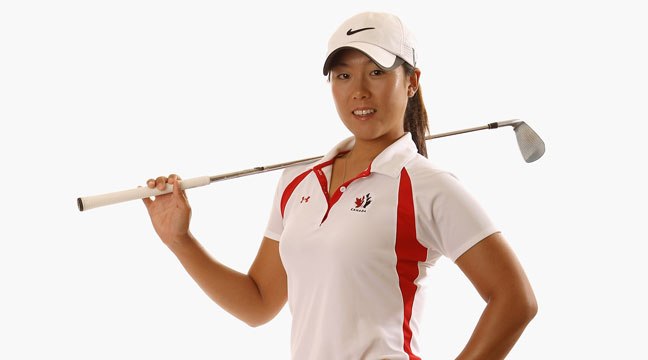 Personally, I’m rather glad the Olympics are over, even though I was delighted that golf was included in the menu for the first time in 112 years.  I won’t go into my personal thoughts about the Olympics because, really, no one cares; but even the most cynical of us must agree that both the men’s and women’s golf competitions were exciting, emotional, and exceptional.  Those top men’s professionals who backed out of the Games should be sorry they didn’t compete, in my opinion, and should re-examine their obligation to serve the sport from which they make millions of dollars.

The women’s golf was riveting, as was the men’s… in part because of Inbee Park’s almost flawless performance, matched by her robotic demeanor.  I don’t think I could show less emotion reading a broccoli recipe.  The fact that three Asians won the three women’s golf medals is surely indicative of where the women’s game has come in the last decade, and where it’s going in the future, Brooke Henderson notwithstanding.

I know I’m like a broken record on the subject of Brooke Henderson, but as a Canadian I was so proud of her performance.  She showed real grit and perseverance, getting knocked down a couple of times but bouncing back.  She also showed outward calm, when I’m sure she must have been seething inside, especially after that four-putt late in the late third round that – had it been the expected two-putt, would have tied her for third place and potentially a bronze medal in the end.

I love watching Brooke’s mighty swing off the tee, her ability to reach par-5’s in two, her laser-like mid-irons, and her touch around the greens.  She makes many putts outside 8-feet, but misses just as many inside that length, as we all do.   This proclivity to be human is probably her only weakness.

I’m looking forward to being in my mid-80s and still watching Brooke Henderson competing and winning.  If the Henderson family can continue to operate just as they have so far, that’s a distinct probability.  Brooke has been given an exemplary set of values and lessons, which are matched by a remarkable maturity and level-headedness.  She’s also been given a wonderful and supportive sister, whose sacrifice of her own ambition for the better future of her sister is also remarkable and admirable.

Golf is set as an Olympic item at least for Tokyo in 2020.  This gives our game a second chance to prove itself worthy of its place on the agenda.  I hope that the Brazilian experience helped to solidify its position beyond Tokyo, but the cause certainly wasn’t helped by the players who backed out.

I’ve actually been surprised by the number of GOLFERS I know who questioned whether golf should be an Olympic event.  Why on earth is golf less worthy than, I dunno, women’s judo, men’s ping pong, or beach volleyball?

To me, it was like watching two new majors, and it was terrific to watch the men and women playing the same golf course (albeit from different tees), and only for the honour of playing for glory and country.   I can only assume that there won’t be a flimsy excuse for anyone to skip the Tokyo Games, and that it will be an even more prestigious competition.

Also on the subject of women’s golf, I was sorry to read on Monday morning that a Canadian player has decided to retire from professional golf.  Rebecca Lee-Bentham is one of those names that you’d see in bold letters at or near the bottom of leaderboards that Canadian newspapers used to print when they had sufficient staff to pay attention.

Like so many others, Rebecca turned pro at an early age (19), with a résumé already full of distinction and an apparently bright future ahead.  Born and raised in Richmond Hill, she won the Canadian Junior in 2010, then the Canadian Amateur in 2011.  Based on those results, she dropped out of the University of Texas, qualified for the LPGA Tour, and started what looked to be a promising career.  Indeed, in 2014, she earned over $118,000.

But Rebecca couldn’t sustain that performance, and by the beginning of this year, was relegated to the Symetra Tour, where people are generally either on their way up, or on their way down.  Not many go down and make it back up.  In her wisdom, and based on her game at this point, Rebecca, at 24, has decided that the slog is too hard, the future’s too uncertain, and while five years on the LPGA was a great ride, now’s the time to hang ‘em up.  Which she’ll do after this week’s CP Women’s Open in Calgary.

I’m sorry to say that I’ve never really acknowledged Rebecca Lee-Bentham in all my writing over the last few years.  But I do now, and I’m happy to say “well done and good luck”.

Jim Deeks
Jim Deeks has been writing for Fairways for over a dozen years. He is a former Executive Director of the Canadian Open and Canadians Skins Game, and currently the Executive Producer and Host of CANADA FILES on PBS.