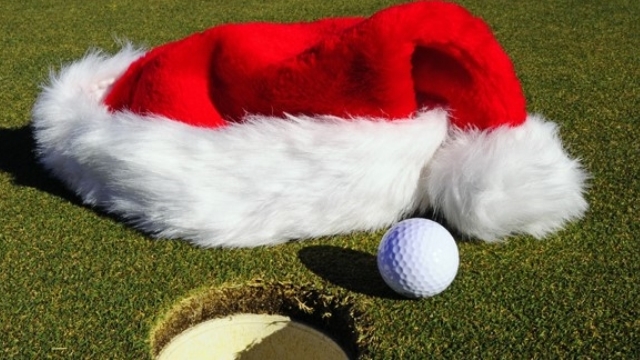 2016 was an eventful year in golf. What was the highlight of the year for you?

Jim Deeks, Fairways Magazine @jimdeeks): For pure golf competition, you couldn’t beat the great final round of the Open Championship at Royal Troon, in which Henrik Stenson’s 63 beat Phil Mickelson’s 65.  Not one bad shot played by either man.  For Canadian pride, you couldn’t beat Brooke Henderson’s Women’s PGA victory, nor the way she did it, with a playoff hole seven iron to within six feet, and a buried putt to beat World No. 1 Lydia Ko.  For international golf, you couldn’t beat the return of our game to the Olympics, with excellent tournaments on both the men’s and women’s sides.  And for golf history, nothing exceeded the celebration of the life of Arnold Palmer, who transcended all sport with good manners, high standards, and goodwill to all.

TJ Rule, Golf Away Tours (@GolfAwayTJ): When I look back on 2016, I’ll think of many stories in the golf world:  Danny Willett’s flawless play on Sunday as Spieth collapses; the incredible dual between Stenson and Mickelson at Troon – perhaps the best display of golf of the year, what a battle!; how impressed I was with the Olympic Golf tourney, much more exciting than I expected; Tiger’s return, among many other stories. But the two that will define the year for me, in very different ways are: Brooke’s victory at the Women’s PGA in one of the most clutch performances of the year; and of course the passing of a legend, Arnold Palmer.  He is arguably the most influential man the game has ever seen and he is already missed.

Craig Loughry, Golf Ontario (@craigloughry) : Highlight, is more like lowlight, out of all the incredible stories this year, “THE KING” was by far the biggest. We’re going to miss Arnie.

Dave Kaplan, Freelance Writer (@davykap): The highlight of the year for me had to be the duel between McIlroy and Reed at the Ryder Cup. That match was easily the most exciting golf that I have watched in years! Both players were outstanding and incredibly intense, which sent the crowd at Hazeltine into a fever pitch on Sunday morning. We may never see a Ryder Cup match of that calibre again.

Hal Quinn, Freelance Writer, Vancouver: It’s not even close. On every level – except jingoism- the charm, personality, skill, and courageous play of Brooke Henderson was the high of the year. She personified all that is best about the game in one triumphant and unforgettable tear.

Peter Mumford, Fairways Magazine (@FairwaysMag): To me, golf tournaments are most exciting when they come down to a head-to-head battle between two players. Obviously, the Ryder Cup utilizes this format best and the match between Rory McIlroy and Patrick Reed at Hazeltine was clearly the best of the year; EXCEPT for the even more thrilling match between Henrik Stenson and Phil Mickelson at the Open Championship. Nothing topped that EXCEPT perhaps the closing moments and playoff for the LPGA Championship between Brooke Henderson and Lydia Ko. That one had me holding my breath all the way and the outcome made it the highlight of the year.

You get to deliver a Christmas gift to someone in golf. Who would it be and what would you give them?

Deeks: I would personally rewrite the Rules of Golf and give them to the R&A and USGA, with a box of chocolate chip cookies and my fervent wish that they simply declare them official.  My rules would take into account common sense and common practice, neither of which the current rules do.

Loughry: Oh boy, I’d hand out many presents. I’d offer a Tour Pass for any full card member of the European Tour and PGA Tour to play in any sanctioned event by either Tour, no restrictions to the number of events you can play as long as you’re eligible (World Ranking). I’d give Tiger a driver that hits every fairway, no matter the swing he uses (could you imagine that!). I’d give the Canadian Open a boost by guaranteeing the top 20 ranked players in the world, oh and that  TIGER guy too (I refuse to refer to him as “big cat”). Selfishly, I’d give Hearnsy a win, just to keep the tables rolling for Canadians (little shout out to Mackenzie Hughes here). I’d also give all my fellow panellists a bottle of their favourite adult beverage for their efforts this year, including our leader.

Rule: Firstly I would give Jordan Spieth a soother so I don’t have to hear him whine when he only hits a wedge to 8 feet.  But my biggest gift would be an LPGA card to Brittany Henderson, since she’s good enough to play out there, but it would also open up Brooke’s bag for a new caddie, and I’m sure I’m as qualified as anyone to take over.  I am undefeated as a professional caddie after all! Just sitting around, waiting for the call!

Kaplan: I would put lumps of coal in the USGA’s collective stocking.

Quinn: For Xmas each and every year I would send the executives of each and every golf broadcaster a loop of the serial inanities spouted by their overpaid talking heads, played at max volume 24-7 on the 12 days of Christmas until they ‘do hear what I hear’ along with all the other long suffering golf fans. As the unpaid volunteers who make the PGA Tour profitable implore: Silence Please.

Mumford: I think I’d go all Wizard of Oz on the USGA and give them a heart so they could empathize with millions of golfers who struggle under a bewildering set of Rules; a brain so they could re-write them; and the courage to do it quickly.

What excites you most about golf in 2017?

Deeks: The fact that I’ll probably survive the winter and tee it up for my 61st straight season, sometime in April.  And on that happy note, my Best Wishes to all my Round Table colleagues, and our millions and millions of readers!

Rule: Well, I’d be lying if I didn’t say how Tiger will perform over the next 12 months. Hopefully he can build on the positives from the HERO and win a tournament or two, and compete in a major.  That would be the most exciting thing to happen in golf in 2017. For me personally, I’m excited to finally get out to Cabot to see what all the fuss is about. My clients all rave about it and I feel like I’m the only person who has yet to visit there! And I’m exciting to lead a trip to South Africa to see some of their amazing golf courses, as well as a few wild animals!

Loughry: In 2017, I’m looking forward to the MASTERS, it can’t come soon enough. Also, very excited to see Tiger’s full time return (hopefully), and watching how this all unfolds Professional Golf wise with the kids on Tour too.

Kaplan: I am most excited for the rehashing of the war between Tiger-maniacs and Tiger-despisers that will inevitably return to our social media accounts in 2017.  Eldrick is officially back and with him comes an avalanche of the hottest takes on earth — many of which will come from people who barely even follow the sport! During Round 2 of the Hero World Challenge, my friend Pedro (who I attended sports journalism school with) was making some outlandish claims about Tiger Woods — namely, how much better Woods is than Nicklaus ever was (to phrase it cleanly) and how quickly Tiger was going to return to a Top 5 spot in the OWGR. When asked about Tiger’s mediocre performance on Sunday, Pedro attributed it to rust. Lol … these people! I can’t wait!!

Quinn: The chance to watch Brooke have an even better year is exciting, so too is the very real chance that the Canucks on the PGA Tour have the talent to have a crazy year. All Eldrick all the time will take the edge off, but just for a while.

Mumford: I’m excited to see how the top golfers in the world will stack up against a rejuvenated Tiger Woods. Most of the young guys have only seen an injured Tiger. Even in 2013 when he won five times, Tiger was not at his best. On the other hand, many of today’s top players matured in an era when Tiger wasn’t around to intimidate them so maybe Tiger won’t have that weapon working for him when he returns to a full schedule. But if Tiger can regain much of his past form and the young guns stay at the top of their game, it will be an incredible season.

This is our final Round Table of the year. Thanks to my fellow panellists for another incredible job as usual. And to them and all our readers, Merry Christmas, Happy Holidays and all the best for a safe and prosperous New Year!