Swafford shot a 5-under 67 on the Stadium Course at PGA West to finish the three-course, pro-am event at 20-under 268. Adam Hadwin of Abbotsford, B.C., came back with a 70 after his third-round 59 to finish second.

“It was just kind of an average week until yesterday, really,” said Hadwin. “To go out and do what I did and put myself in the position to win a golf tournament and to be right there coming up the last with a chance to win still, it just sets up the year and puts a lot of pressure off the rest of the year now. Today, mixed with a good fall, it’s just a lot of positive momentum moving forward and confidence that I can compete out here.”

Brian Harman and Bud Cauley each shot 69 to tie for third at 18 under.

Swafford tied Cauley for the lead with a 12-foot birdie putt on the par-4 15th, then pulled away on the 16th and 17th – a day after he dropped three strokes.

On the par-5 16th, he hit a 3-wood to 12 feet – staying out of the 18-foot deep bunker that he hit into Saturday en route to a double bogey – and two-putted to take the outright lead. He hit to 1 1/2 feet on the par-3 17, the rocky island green called Alcatraz, but Hadwin made a 25-footer to stay within a stroke. 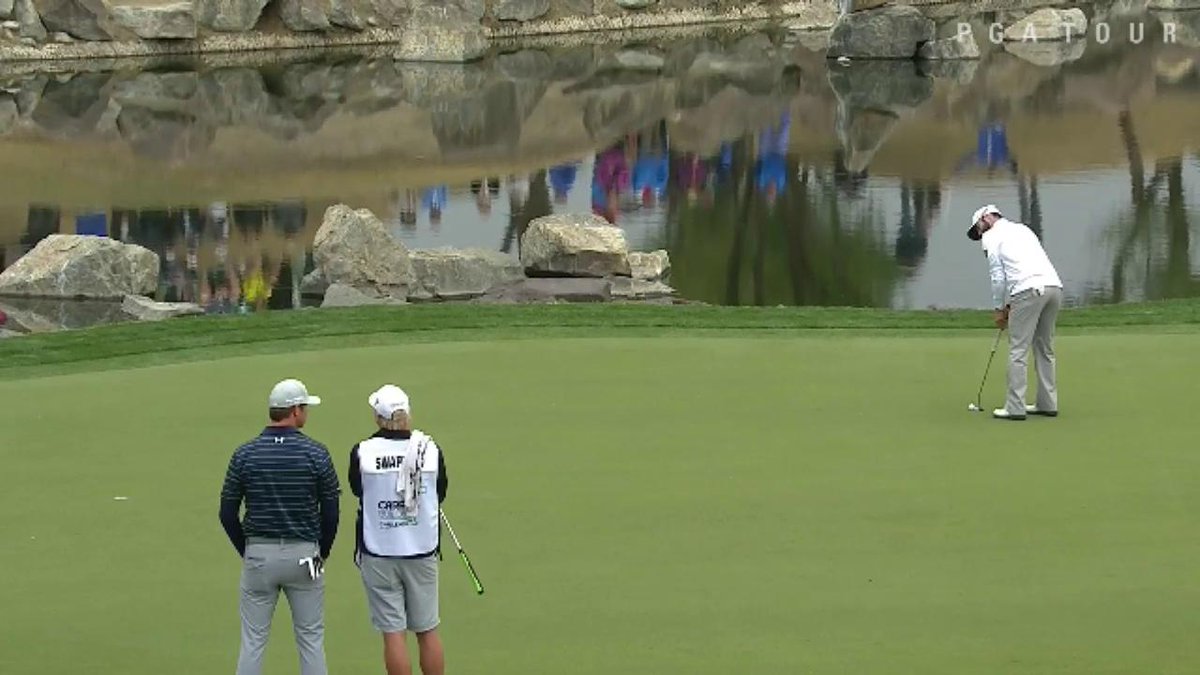 Swafford found the fairway on the par-4 18th with water along the left side, then avoided the water again with an approach to the right side of the green. He lagged his 20-footer to 2 inches for the victory.

Hadwin’s final drive settled in the dormant grass an inch from the green rough and his approach stayed right and settled into thick dormant rough. The Canadian saved par to finish second alone.

“Somebody told me at the end of the day that I had the second loudest cheer going off the first hole besides Mickelson,” Hadwin said. “So, they come out in full support for all of us Canadians. To be able to play well in front of family and friends and lots of people that I know was pretty exciting.”

Five strokes behind leader Chad Campbell after five holes, Swafford birdied Nos. 7-9 to join Campbell and Hadwin atop the leaderboard.

Campbell holed out from 108 yards for eagle on the par-5 fifth, then made a triple bogey on the par-3 sixth – hitting into the water and three-putting. He finished with a 71 to tie for sixth at 16 under.

Phil Mickelson shot a 70 to tie for a 21st at 11 under in the 46-year-old Hall of Famer’s return from two sports hernia surgeries.