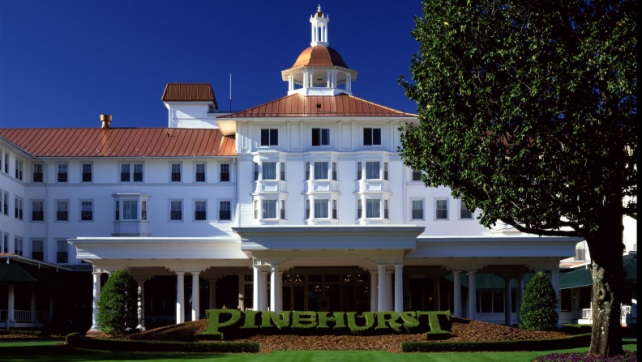 Long before anybody had an inkling about developing destination golf resorts, Pinehurst was the preeminent spot to escape for winter weary Northerners and avid golfers. Built in 1895, the resort today boasts nine courses and three hotels right in the Village of Pinehurst, which is noted throughout the world for its charm and elegance.

Unlike extreme destinations like Bandon, Streamsong and Cabot Links, where there isn’t much to do except play golf (not that there’s anything wrong with that), Pinehurst boasts over a century of history. It has hosted men’s and women’s U.S. Opens, Ryder Cups and its own elite amateur championship known as The North & South. Long known as the Cradle of American Golf, Pinehurst was home for many years to architect Donald Ross, whose work around the world was inspired by his original home in Dornoch, Scotland and the time he spent in the Sandhills region of North Carolina.

After experiencing the magnificent golf, following are some things you should do on your next visit to Pinehurst.

Peter Mumford
Peter Mumford is the Editor of Fairways Magazine. He's played over 500 different courses in 21 countries and met some fascinating people along the way. He's also a long-suffering Toronto Maple Leaf fan.