Together for 25 years and more than 600 golf tournaments, Phil Mickelson and caddie Jim “Bones” Mackay are moving on.

In a surprising email just two days after the U.S. Open that Mickelson didn’t play, they said the decision to part ways was mutual and not based on any one incident.

“We just feel it’s the right time for a change,” Mickelson said.

They were apart the last time they were together. Mickelson was home in California to attend his daughter’s high school graduation, while Mackay was at Erin Hills in Wisconsin taking notes and scouting the course just in case a weather delay would have allowed Mickelson to make his tee time.

“Player-caddie relationships don’t often last that long,” Mackay said. “I will always be grateful that I was around to witness so much of Phil’s career.”

Mackay previously caddied for Larry Mize and Scott Simpson when he was hired in 1992 to work for Mickelson, who had won a PGA Tour event while at Arizona State. Their first event was a U.S. Open qualifier, and Mickelson shot rounds of 69-63.

They were together for 45 victories worldwide, including five majors, and every Presidents Cup or Ryder Cup team since 1994.

“When Phil hired me in 1992, I had one dream: to caddie in a Ryder Cup,” Mackay said. “Last year, at Hazeltine, Phil played in his 11th straight Ryder Cup. It was so cool to have a front row seat. I wish Phil nothing but the best. His game is still at an elite level, and when he wins in the future (definitely the Masters), I will be among the first to congratulate him.”

Mackay is not retiring as a caddie, though he had no immediate plans. He is coming off double knee replacement surgery during the last off-season.

Mickelson said his brother, Tim Mickelson, would caddie for him the rest of the year. Tim Mickelson is the agent for Jon Rahm, and he filled in for his big brother during the Mexico Championship when Mackay went down with a stomach virus.

Rare was the occasion when Mickelson was playing a tournament with someone other than Mackay on his bag.

Steve Loy’s, Mickelson’s coach at Arizona State and now his manager, was on the bag for the 1993 Tucson Open. Mickelson took his college roommate, Rob Mangini, to Japan in 1995. Those were the only two times Mackay did not caddie for him.

“Bones is one of the most knowledgeable and dedicated caddies in the world,” Mickelson said. “He is always prepared and has the ability to make decisions in pressure-packed situations. Bones is without a doubt one of the most thoughtful people that I have ever known. The next player to work with him will obviously be very lucky.” 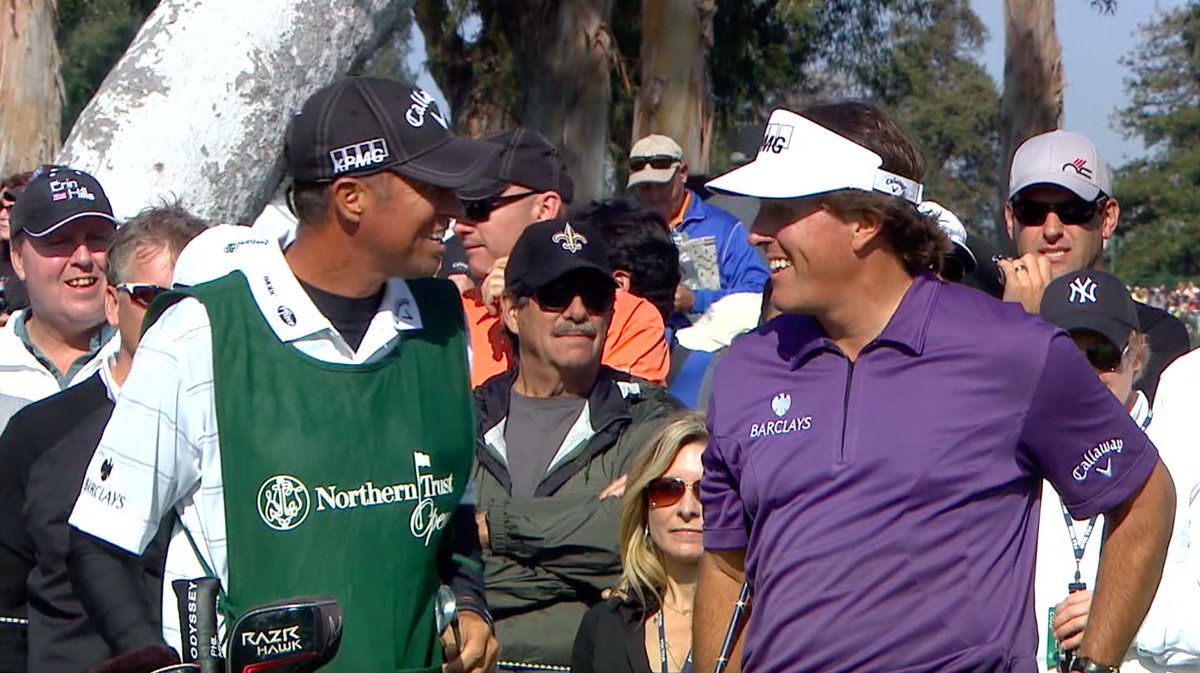 Mackay also was there for some of Mickelson’s unpredictable decisions, such as trying to hit out of the rough, under a tree and over the water at Bay Hill, or trying to play a fairway metal out of the rough at a major.

Mickelson allowed him only one “veto” a year, a chance to talk Lefty out of a shot.

“I do want to say for the record that I did not use my ‘veto’ this year,” Mackay said. “I would like to pass it along to Tim, in all its glory.”

The player-caddie relationship extended far beyond the golf course. Mackay flew to San Diego in 2009 to spend time with his boss after Mickelson discovered that his wife had been diagnosed with breast cancer.

Mackay met his wife, Jen, through Amy Mickelson and they have two children. They live in Scottsdale, Arizona, where Mackay is a member at Whisper Rock.

“He has been one of the most important and special people in my life since the day we met and I will always be grateful for everything he has done for me,” Mickelson said. “Amy and I, and our children, will always think of Bones, Jen, Oliver and Emma as family. We are looking forward to sharing life and friendship with them forever.”