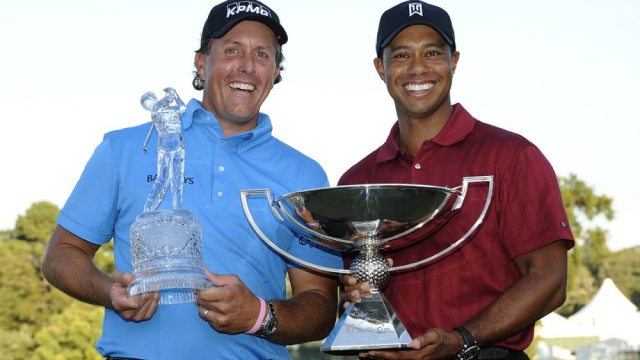 The FedEx Cup is ten years old and has been revised countless times by the PGA Tour in an effort to make it a truly relevant and defining finish to the season. If anybody needed proof that it’s finally working as intended, 2017 is Exhibit A. The top 5 players in the world are also the top 5 in the FedEx Cup standings after two playoff events and all evidence points to a thrilling shoot-out in Atlanta for the $10 million first prize.

When the FedEx Cup was first announced in 2007, it was confusing to say the least. Until that time, players used majors, victories and the money list to gauge who was having the best season. This new idea of points and a playoff system was alien to golf.

However, despite some early stumbles that left golf fans scratching their heads, ten years worth of playoffs have delivered a series of compelling storylines and exciting moments. Following are the Top 10 FedEx Cup highlights:

In 2007, Tiger Woods was having another one of those amazing Tiger seasons. Coming into the playoffs, Tiger had won five tournaments including the WGC Bridgestone and the PGA Championship. He had also finished second at both the Masters and U.S. Open. Woods chose to skip the first playoff event (The Barclays), which seemed weird for a playoff scenario, but he tied for second at the Deutsche Bank Championship the following week and then won the BMW and the Tour Championship – the latter by a whopping eight shots at East Lake. In total, Woods won seven titles in 2007 and his name was the first engraved on the Championship trophy, which is probably fitting for the best player of his time, or maybe all time. 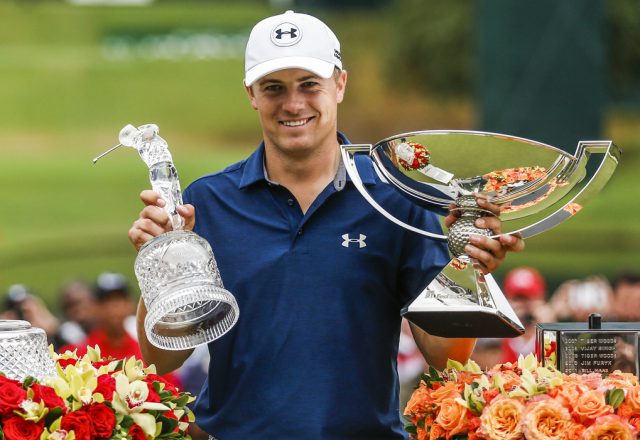 Spieth had already put together a magical season in 2015, winning the Masters and U.S. Open, then narrowly missing a playoff at the Open Championship and finishing second to Jason Day at the PGA Championship. Along the way, Spieth also picked up victories at the Valspar Championship and the John Deere Classic. Despite his front-runner status and momentum, Spieth missed the cut at the first two playoff events. Jason Day captured both to vault in front of Spieth and take the lead in the FedEx Cup race and also move into the World #1 spot. Not to be deterred, Spieth got his act together in Chicago and finished T13 at the BMW Championship. Arriving at East Lake, the only way he could overtake Day was to win. He did that in convincing style with a four shot margin for that made him the youngest ever to win the FedEx Cup. (An interesting footnote to the 2015 season is that Jason Day won five events including a major and did NOT win Player of the Year.)

In 2013, Stenson was having a so-so season. He had only three top 10 finishes on the PGA Tour when he teed off at the Open Championship in July. But something clicked and the Swede recorded five top 10’s in his next seven starts including a win at the Deutsche Bank Championship. He started the Tour Championship inside the top 5 and left no doubt as to who was best, as he cruised to victory at East Lake. That would be a great season for anyone but Stenson then went on to win the Race to Dubai on the European Tour, making him the only player to ever win the playoffs on both sides of the Atlantic in the same year.

Until his breakthrough at the 2014 playoffs, Billy Horschel was just another name on the tee sheet each week on the PGA Tour. Nothing looked any different that season either: two T6 finishes highlighted a campaign that also included five missed cuts. Then he missed the cut at The Barclays, the first playoff event. The following week at the Deutsche Bank Championship, Horschel found something and had the lead as he played the final hole. A good drive left him with an easy approach to the par-5 18th but inexplicably Horschel dumped it in the hazard, made bogey and had to settle for a second place tie. Talk about choking! However, some players are forever defeated by their failures while others use the experience to make themselves stronger. Horschel was obviously made of stern stuff. He rebounded to win the BMW Championship and then the Tour Championship, claiming the season’s top prize after starting the playoffs in 69th spot. 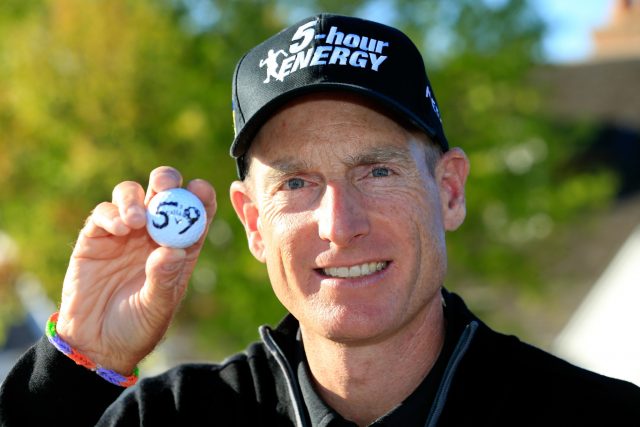 As we all know, Jim Furyk broke one of the older scoring records on Tour last year when he recorded a 58 at the Travelers Championship. But the veteran wasn’t a stranger to low scoring. During the 2013 playoffs, Furyk notched six birdies and an eagle on the back nine at Conway Farms in the second round of the BMW Championship. Making the turn at 8-under, speculation about a sub-60 round was top of mind for most watching the telecast. Furyk added three more birdies in his first four holes on the front to really put himself in position but a bogey on the 5th suddenly dimmed his chances. However, the ever resilient Furyk rebounded with a birdie on the 7th. Needing one more birdie on his last hole, he responded with a perfect drive and an approach to three feet, that he tapped in for the first ever 59 in playoff history. 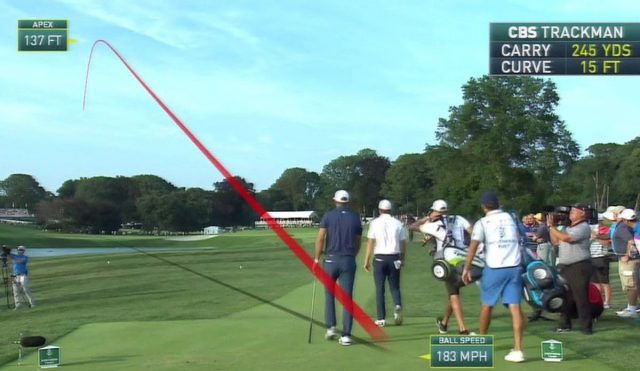 In the first round of this year’s playoffs, Dustin Johnson trailed leader Jordan Spieth by five shots as he began the back nine during the final round of The Northern Trust. On the 72nd hole, Johnson found himself tied for the lead but he chose to lay up on the dogleg hole that wrapped around a lake. His approach was long and his third shot left him with an 18-foot downhiller for par. Spieth was lying three with a tap in. Incredibly, DJ rolled in his par putt and the two returned to the 18th tee for a playoff. Spieth won the toss and elected to lay up to the corner of the lake, leaving himself 187 yards to the pin. Johnson says he felt the wind shift so he went with driver and hit one of the longest drives of the day – a 341 yard bomb across the lake that left nothing more than a lob wedge approach. DJ knocked it to three feet and calmly made the birdie putt to claim the first leg of the 2017 playoffs. 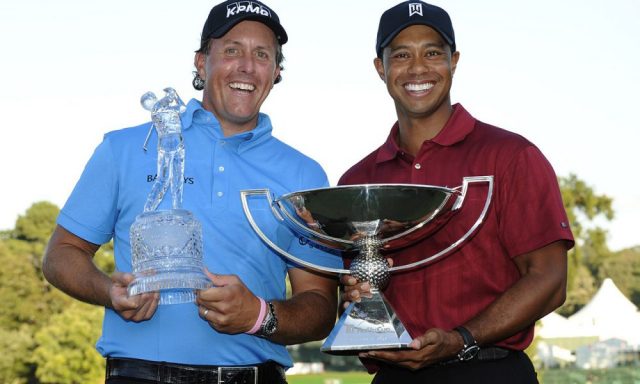 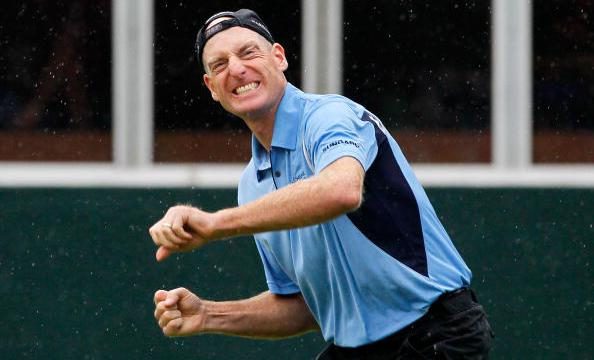 For the entire 2010 season Jim Furyk had putted with a belly putter. But after the third round of the Deutsche Bank Championship, he visited a local Boston golf shop in search of something different. The folks at Joe & Leigh’s Discount Pro Golf Shop directed the PGA Tour star to a back room that housed hundreds of used putters. According to Furyk, he spent about 45 minutes testing a lot of them before settling on a used YES! Sophia model that cost him just $39. Furyk had the putter in his bag when he played the Tour Championship two weeks later. After hitting his approach shot into a bunker on the 72nd hole at East Lake, he chipped out to two feet, then used that $39 putter to win the Tour Championship, the FedEx Cup and $11.35 million! 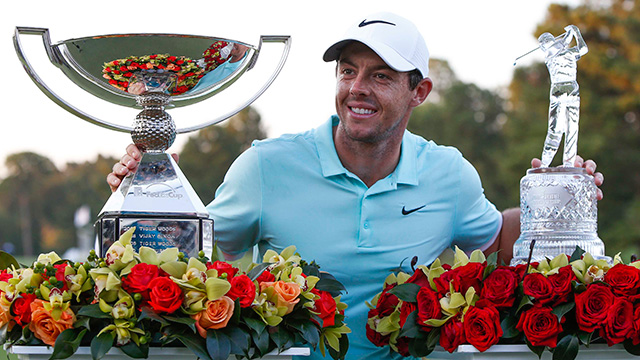 If nothing else, the FedEx Cup playoffs have proven that you don’t have to win every tournament, you just have to win the right ones. 2016 was not a great year for Rory McIlroy. Plagued by a series of personal issues and some lingering injuries, the Northern Irishman hadn’t managed to live up to his stellar reputation as one of the game’s best. He even missed the cut at the U.S. Open and the PGA Championship. However, everything changed after a solid victory at the Deutsche Bank Championship. A T42 at the BMW was not anything to get excited about but McIlroy felt that his game had turned a corner despite the result. At the Tour Championship all eyes were on Dustin Johnson who held a commanding lead in the points race and the championship. But on Sunday, DJ shot 73 to take himself out of contention. McIlroy was three shots back with three to play. He holed a brilliant 137-yard shot for eagle on No. 16, then birdied the 18th to force a playoff with Kevin Chappell and Ryan Moore. The 16th hole was pivotal again. Playing as the 4th playoff hole, McIlroy holed a 15-footer for birdie to claim the Tour Championship and the FedEx Cup and finally make something of his lost season.

In 2011, Bill Haas and Hunter Mahan tied for the lead after 72 holes at the Tour Championship. They tied the first playoff hole. Moving on to the 17th hole at East Lake, Haas saw his approach shot trickle down a hill into the water. Mahan was on the green with an assured par so Haas needed a miracle. Stepping gently into the water, he splashed his ball onto the green and almost into the cup. The resulting par earned Haas another trip to the 18th hole, where another par was all he needed to defeat Mahan and capture both playoff trophies and of course the giant payday. That miraculous recovery shot on the 17th hole  still ranks as the best shot in FedEx Cup playoff history!

Peter Mumford
Peter Mumford is the Editor of Fairways Magazine. He's played over 500 different courses in 21 countries and met some fascinating people along the way. He's also a long-suffering Toronto Maple Leafs fan.