ANTALYA, Turkey (AP) — Justin Rose made a 10-foot birdie putt on the final hole to win the Turkish Airlines Open by a shot on Sunday for his second straight title on the European Tour, moving him close to fellow Englishman Tommy Fleetwood in the Race to Dubai standings.

Rose shot a 6-under 65 in the final round to finish on 18 under par 266 overall, securing victory a week after taking the WGC-HSBC Champions title in Shanghai.

Nicolas Colsaerts had the chance to take Rose to a playoff but rolled his birdie putt on the 18th just left of the hole, moments after Rose had holed from two feet further out. Colsaerts had birdied Nos. 15, 16 and 17.

Colsaerts (66) and Dylan Frittelli (64), who chipped in three times in four holes during his round, were tied for second. Padraig Harrington needed to eagle the last to force a playoff, but made par and had to settle for fourth place on 16 under. 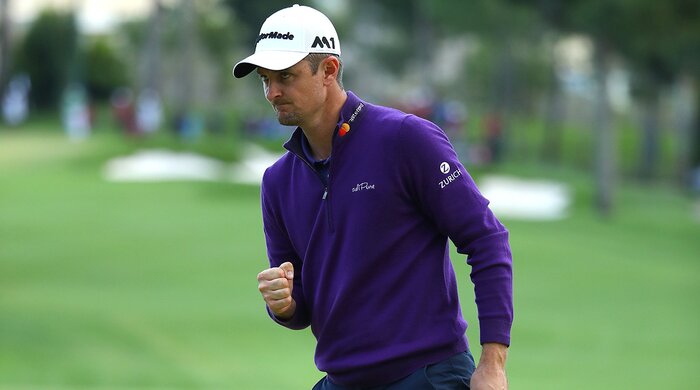 Justin Rose made a handful of late birdies and won for the second time in as many weeks.
Fleetwood finished in a tie for 23rd and saw his lead of more than a million points over Rose in the Race to Dubai reduced to just 135,000 with two events left, in South Africa and Dubai.

Fleetwood is contesting both, while Rose will sit out the upcoming Nedbank Golf Challenge in Sun City.

Rose overturned an eight-shot deficit to top-ranked Dustin Johnson to win in China. He started the final round two shots back a week later and birdied four of the last seven holes. 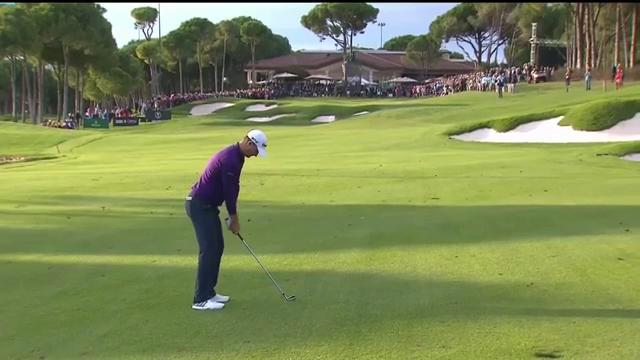