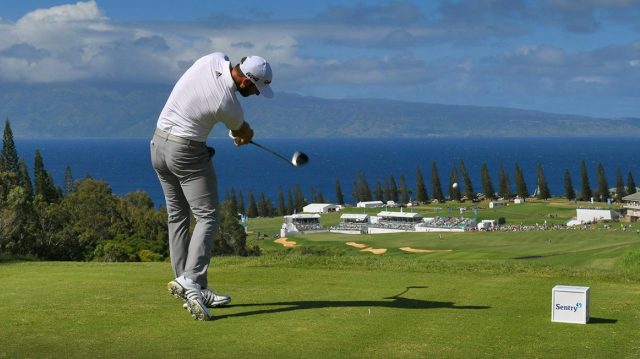 You don’t have to read very many golf magazines to read about the ‘ball” issue. The controversy is: the distance the golf ball travels relevant to a golfer’s club head speed has increased to a point where it is detrimental to the well being of the game. Briefly, due to longer distances of tee shots many of the world’s finest old courses are becoming obsolete. In response, many course owners/managers have hired design architects to lengthen their facilities. In my opinion, this is a self defeating exercise. When the ball gains distance, the courses get longer. When club design adds more yardage, the courses get longer. Players improve through electronic study and the courses get longer.

Increased yardage causes several results; none popular! Beginning with a requirement for additional land, costs are increased, as are maintenance costs. Adding to the equation is an increase in the pace of play and the over-all time it takes to play a round of golf.

One solution suggested by various informed parties is to place restrictions on the design of the ball that would reduce the distance back to lengths previously known – in other words, a “roll back”. If such a ruling were to be employed, would that be the final answer; would it actually solve the problem? Would golf suddenly become popular to play and attract masses of new players? How does it address another criticism of the game “it is too difficult to play”? If the ball goes too far for the top players making the courses too easy aren’t those same conditions applicable to the average player. Won’t a ‘roll back’ make the game more difficult for both the average player and the better player? Won’t that result in even more people leaving the game?

Another answer might be to try implementing rules that contain the distance at its current total and limit future increases as much as possible. At least we know what we have to deal with. People who believe that an increase in the length of their course is required already know that and are making adjustments by lengthening the course. People who are fearful of a roll back will be comforted that they will not lose significant distance and can now sleep through the night. Manufacturers who have spent $$$$millions to build equipment to go far could stop paying exorbitant legal retainer fees as they prepare to sue the ruling bodies.

Observers of the situation do agree that all of the advancements in technology have benefitted the better players by a greater percentage than its impact on the average and weaker players. So why is there such concern for the weaker and average players? Why not stop trying to contain their distance and instead embrace it?  However, why not ask the better players what they would do to improve the game?

It would be an easy assumption to think the better players enjoy extremely long, difficult golf courses. Given the incredible ‘length’ they enjoy, shouldn’t they look for opportunities to display it and revel doing so? Strangely, that isn’t the case. In watching the recent Dell Match Play Championship the players were very much challenged by the Austin Country Club, a less than 7,000 yard lay-out, one of the shortest on the PGA Tour. In fact, other courses that prove formidable are: Merion Golf Club at 6,680 yards and Harbour Town at just over 7,000 yards. If you ask the best players in the world which courses are their favorites, high on the list are Harbour Town, Riviera at 7,032, Colonial at 7,054 and Shaughnessey at 7,045. If you ask which courses they like least, the list includes Plantation (Kapalua) at 7,411 yards, TPC Louisiana at 7,400 yards and Glen Abbey at 7,300 yards.

If the best players with the most fire power prefer shorter more mentally challenging venues why are we adding yardage? Why aren’t we building courses that require a mix of cerebral testing combined with demanding iron shots, superb pitching and putting as well as long driving? There should be opportunities to benefit from long drives but only when combined with accuracy. Low scores should come from equal contributions of a variety of skills. So as we have heard before, if you build it, they will come. We need to build courses for the average person! Let those who can drive far, drive far but also consider everyone else. Put a premium on playing golf as though it were a chess match. Drive far into the wrong position and your score reflects it. Think through the puzzle of the course design, place the ball correctly and you will prosper; don’t at your own peril.

The future isn’t as bleak as some pundits would have you believe but the ruling bodies must make a better assessment of the current game than they did 30 years ago. There was a time when today’s outlandish changes were on the verge of impacting the game and nothing was done. Now the ‘genie is out of the bottle’ and putting it back will be next to impossible. What can be done is to acknowledge where we are and try to be as mindful of the future as possible. Put limitations where limitations are effective via the rules. With an acceptance of the current technology, courses need to be designed that place a far greater demand on skill and thinking. Perhaps if we brought intellect and skill back into the game as integral parts we would revitalize the challenge and attract the new golfers we are all looking for.