The Open is set to make a triumphant return to Royal Portrush in 2025, marking an exciting new chapter in the history of golf’s original Championship and providing another outstanding showcase for golf in Northern Ireland.

Following the success of The 148th Open at Royal Portrush in 2019, the First Minister for Northern Ireland Paul Givan MLA, Junior Minister Declan Kearney and Economy Minister Gordon Lyons joined Martin Slumbers, Chief Executive of The R&A, and Dr Ian Kerr, Captain of Royal Portrush Golf Club, at the renowned links on the Antrim coast today to announce that the Championship will be played there from 13 – 20 July 2025.

The Open generated more than £100 million for the economy of Northern Ireland two years ago, attracting a record attendance for the Championship outside of St Andrews of 237,750 fans throughout the week. More than 5,400 hours of television coverage were broadcast to hundreds of millions of viewers globally as Irishman Shane Lowry performed superbly to become Champion Golfer of the Year and lift the famous Claret Jug. 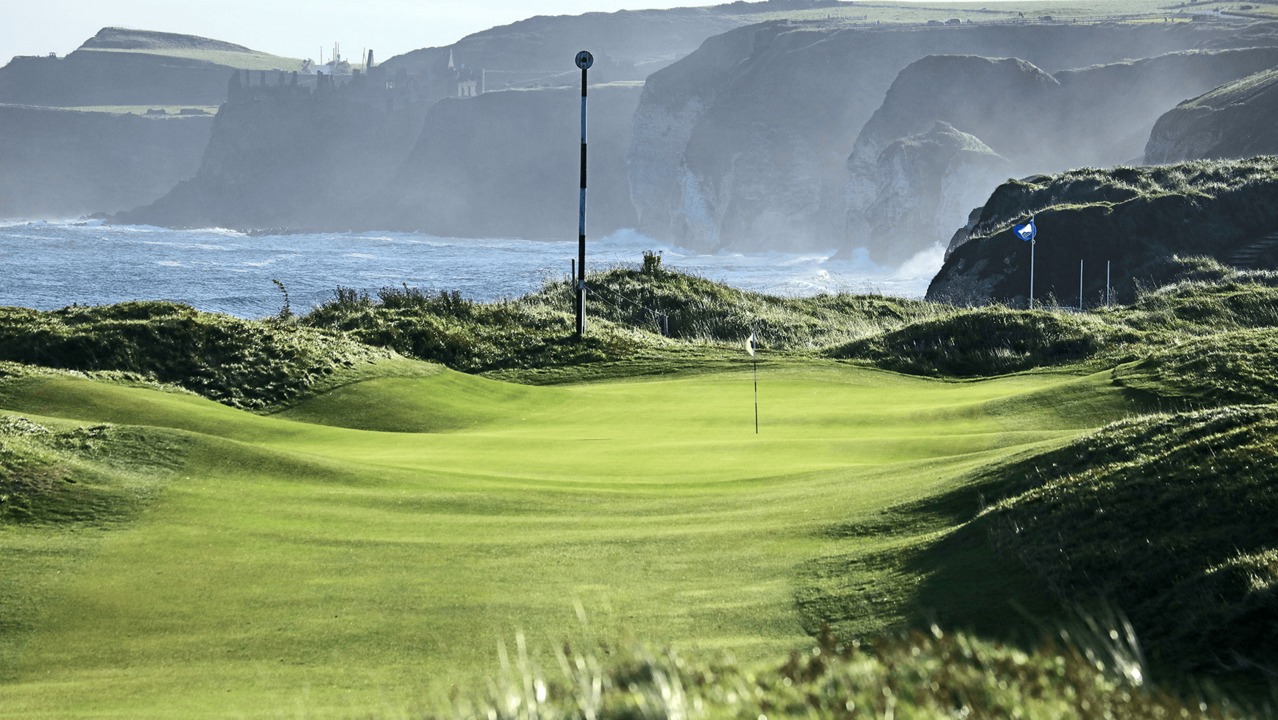 Martin Slumbers said: “We could not be more thrilled to be bringing The Open back to Royal Portrush in 2025. There will be huge excitement among golf fans around the world to see the best men’s players facing the challenge of this magnificent links once again.

“The Open in 2019 was a massive success and showed just how much collective enthusiasm, passion and commitment there is to make Royal Portrush one of the leading venues for the Championship and to build a distinctive golf tourism brand for Northern Ireland. We greatly appreciate the support we have received from the Northern Ireland Executive, our partner agencies and, of course, from the Club and its members. We look forward to working with them to deliver another fantastic celebration of golf in four years’ time.”

First Minister Givan said: “Following the outstanding success of The Open at Royal Portrush in 2019 I am thrilled to welcome the return of the Championship in 2025. It has been a key aim of the Executive to bring The Open back to Northern Ireland quickly and as we start our preparations to host the Championship again I am certain that it will provide a platform on which to build a global golfing destination brand for Portrush and Northern Ireland to complement that of St Andrews and Scotland, in partnership with The R&A, as well as an opportunity to stimulate additional private sector investment in the COVID-19 recovery era.”

Attending the event on behalf of Deputy First Minister Michelle O’Neill, Junior Minister Declan Kearney said: “I wholeheartedly welcome the return of The Open in 2025 along with the anticipated business and jobs that it will bring to these shores. We are an island with a wonderful golf product and in a normal year we welcome hundreds of thousands of golf visitors. 2019 was an exceptional year for golf here when we staged The 148th Open at Royal Portrush and attracted almost 240,000 spectators over the course of the week. Following a tumultuous period that has greatly affected travel, tourism and events I now look to the future with greater optimism as well as look forward to welcoming our international visitors back to the north coast to explore the very best of what we have to offer.”

Economy Minister Gordon Lyons said: “As the home of some of the world’s best golfers and the location for some of the finest golf courses that can be found anywhere in the world, I am determined that Northern Ireland should make the most of its golfing assets and achieve strong economic benefits from them. The benefits to Northern Ireland in excess of £100 million from The Open in 2019 demonstrate the sheer scale of our success and are a reflection of what can be achieved through collaborative working across public and private sectors, focusing on a shared and common goal.”

Dr Ian Kerr, Captain of Royal Portrush, said: “We are delighted to see the return of The Open to Royal Portrush Golf Club. This is one of the biggest sporting events in the world and to see it return to Northern Ireland and Royal Portrush so soon, is a recognition of the excellent work done by all involved in 2019. The Open in 2019 created a positive festival atmosphere in the area and we look forward to hosting this wonderful event once again.”

Mayor Councillor Richard Holmes of Causeway Coast and Glens Borough Council, added: “The Open will be etched in the memories of those people who either live, work or were fortunate to be visiting the borough between the 14th to the 21st July 2019, so I am delighted to learn that we will again be hosting and enabling the largest sporting event on the island of Ireland.

“Based upon the way the whole of Northern Ireland embraced The 148th Open, I have no doubt that in collaboration with The R&A, Royal Portrush Golf Club and the other delivery partners, we will honour this incredible event and build upon the achievements of 2019.”

An independent report produced by the Sport Industry Research Centre at Sheffield Hallam University found that The 148th Open delivered a direct economic impact of £45 million to the Northern Irish economy. An additional £37.3m of Advertising Equivalent Value (AEV) was generated by global television coverage and Tourism Northern Ireland assessed £23.7m AEV in other media coverage.

Royal Portrush joins a formidable line-up of venues for The Open in the coming years with The 150th Open being played at St Andrews in 2022 and then Royal Liverpool and Royal Troon hosting the Championship in 2023 and 2024 respectively.