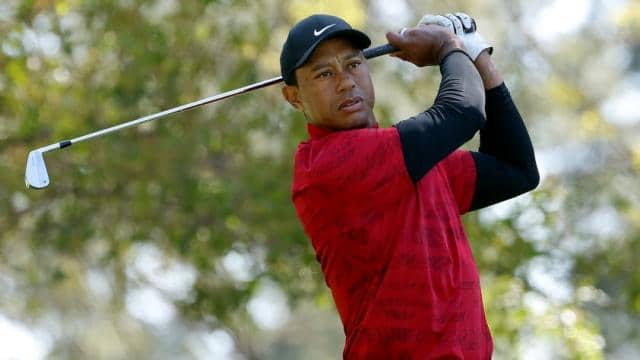 Tiger Woods has filed an entry to this year’s U.S. Open. Whether he will play remains to be seen.

The tournament announced on Twitter that Woods, a three-time U.S. Open champion, filed his entry before Wednesday’s deadline. This year’s U.S. Open will be played June 16-19 at the Country Club of Brookline (Mass.), where Woods was a member of the United States’ victorious Ryder Cup team in 1999.

Filing his entry only leaves open the option of competing for Woods. It does not guarantee his appearance at the event.

Woods is coming off his return to competitive golf at last week’s Masters. He surprised many by simply teeing it up, then shot 71-74 to sit just four shots out of second place at the halfway point. He faded to 47th after a pair of 78s on the weekend, when he was visibly fatigued and limping. Woods described himself as “thankful” for the opportunity to compete.

“I got myself there. I don’t quite have the endurance that I would like to have had, but as of a few weeks ago, didn’t even know if I was going to play in this event,” Woods said Sunday. “To go from that to here, we’re excited about the prospects of the future, about training, about getting into that gym and doing some other stuff to get my leg stronger, which we haven’t been able to do because it needed more time to heal. I think it needs a couple more days to heal after this, but we’ll get back after it, and we’ll get into it.”

Woods confirmed after his final round at Augusta National that he will play the 150th Open at St. Andrews in July. He won two of his three Open Championships (2000, ’05) at the Home of Golf by a combined 13 strokes and has called it “my favorite golf course in the world.” He did not confirm that he would compete in either of the next two majors, however. Next month’s PGA Championship will be played at Tulsa’s Southern Hills, where he won the 2007 PGA Championship.

“It’ll be just the big events,” Woods told Sky Sports on Sunday. “I don’t know if it’ll be Southern Hills or not. But I am looking forward to St. Andrews. That is something that is near and dear to my heart. I’ve won two Opens there. It’s the home of golf. It’s my favorite golf course in the world, so I will be there for that one. But anything in between that, I don’t know.”

Woods also committed Thursday to the JP McManus Pro-Am in Limerick, Ireland, on July 4-5, the week before The Open. The tournament benefits charities in Ireland.